What’s on at Theatr Brycheiniog?

There are plenty of shows, live music and workshops being held at Theatr Brycheiniog this September. You can enjoy the Last Night of the Proms, take part in Uplift Singing Sessions, laugh out loud at the Comedy Club, singalong to the best of The Eagles and enjoy plenty of live music at the Waterfront every Saturday 1pm to 3pm! Read on for the full lineup of events this September… 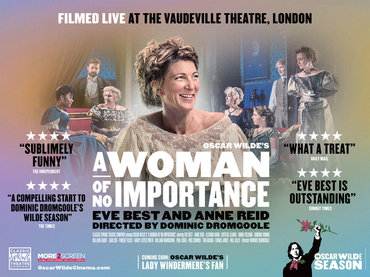 Olivier award-winner Eve Best (A Moon for the Misbegotten and Hedda Gabler) and BAFTA-nominated actress Anne Reid (Last Tango in Halifax) star in this new classically staged production of Oscar Wilde’s comedy directed by Dominic Dromgoole, former Artistic Director of Shakespeare’s Globe. The first play from the Classic Spring Theatre Company’s Oscar Wilde Season, A Woman of No Importance will be filmed live at the Vaudeville Theatre in London’s West End especially for the cinema screen. 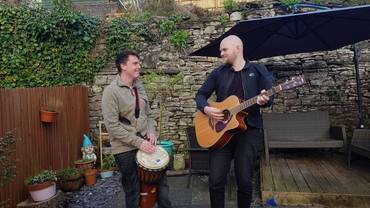 Shango and Chef are a powerful djembe and guitar two piece that play a selection of Rock and blues from the last 50 years. soulful vocals, fancy guitar work and solid rhythms resuscitate the classics you know and love. A peppering of whimsical original songs season the tasty flavours and offer an insight into the writing genius of these two young men. Shango and Chef can be seen in your local pub, festival or on the streets as veteran buskers and play with energy and passion wherever they may be.

Brecon Town Concert Band run a special session for children aged 3+ and their families. The band will do a special 15 minute performance of Peter & the Wolf, with children then invited up on to the stage to meet the musicians and play with their instruments. 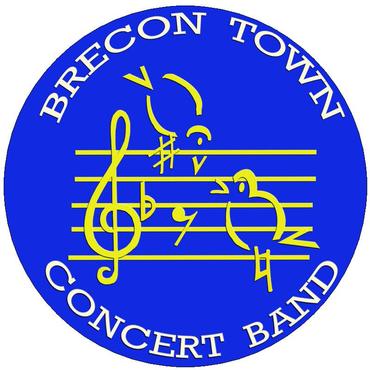 This event is free to attend, but ticketed.

Last Night of the Proms concert incorporating the 2018 PromArt competition, which this year is based on Prokofiev’s “Peter and the Wolf” The concert programme consists of Folk Song Suite, Sea Songs, Sancho and the Windmills, The Pines of Rome, Crown Imperial, Excerpts from Carnival of the Animals plus Fantasia of British Sea Songs, Land of Hope and Glory and Jerusalem. Tickets here. 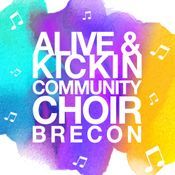 Led by Tanya Walker: Alive & Kicking Choir Leader and Vocal Coach. Take a break from your life or your work on a Tuesday lunchtime and inject your week with a healthy dose of wellbeing through singing! 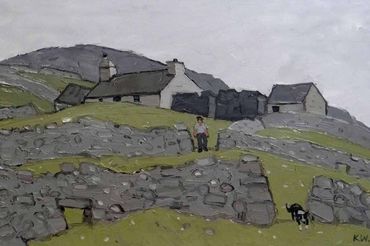 Andrew Green-Kyffin Williams: a great Welsh artist? Twelve years after his death, Kyffin Williams’ reputation as the outstanding Welsh artist of his time is still secure but what exactly was his achievement and why did his work appeal so strongly to art lovers?  In the centenary of his birth, Andrew Green, who was the Librarian at the National Library of Wales from 1998 to 2013, will explore the continuing appeal of his work. Tickets here.

12th September-Bringing on back the 60s

STAGE RIGHT PROMOTIONS PROUDLY PRESENT: BRINGING ON BACK THE 60’s

The hottest ticket in town has just arrived at your theatre. BRINGING ON BACK THE 60’S STARRING NEW AMEN CORNER with their very special guest’s/

Whether you come to this show to relive your childhood memories or you just simply want to see what your parents have been raving about for all these years.  Come and experience the musical phenomena of the 1960s for yourself, this show is a must for you. This is a show full of timeless classics performed with the most authentic 60’s sound accompanied by, on the large screen all the visual effects to compliment a performance never to be forgotten “Bringing on Back the 60s” will keep 60s music alive for many generations to come. Book here.

We are thrilled to invite you to the official launch night of our Autumn Season! Come along for a free evening of entertainment, and discover more about what is in store for the theatre this autumn. There will be talks from casts and directors, exclusive first look trailers and some preview performances! You will also have the opportunity to meet staff and members of our board.

This event is free to attend but ticketed here.

Multi-instrumental and vocal sextet Allan Yn Y Fan have been recording and touring internationally since 2003.  Now they make their concert debut in Brecon. Renowned for blending traditional Welsh music with their own compositions, Allan Yn Y Fan are sure to capture your heart and stir emotions deep inside you.  Harnessing all the power and mystery of Celtic tradition, this show will delight audiences young and old.

“All in all,  an album of strikingly beautiful music – played by accomplished musicians and capable of touching your soul, making you dance with joy – or both.” Folkwords Tickets here.

A Hijinx Production in Association with Spymonkey
Age Guidance 16+

Paris. 1657ish. Impotence is illegal. When a member of the aristocracy is accused of being less than upstanding, his wounded pride leads him towards a monumental and very public flop. But can a cast of total idiots save a show about a flop… from being one?

Contains strong language and some nudity.

***** “The humour here is brilliantly black” The Herald (Meet Fred)

Professors Gusto and Hitch work hard in the Laboratory of Curiosity answering questions: how do birds stay in the air? Where does the moon go in the daytime? Only one thing is certain – the universe is filled with wonder and not everything is as it seems.

Following a successful run at the 2017 Edinburgh Festival Fringe and hugely popular tour of Science Festivals last autumn, the Professors are back on the road, taking the lab out across Wales.

A playful, interactive show, wowing audiences with high-flying aerial dance, a magical soundtrack and stunning design. Suitable for everyone aged six and over.

“Children were ALL fascinated. Wonderful looks of awe and wonder.”

“I loved it all. We live in a wonderland.”

Supported by the Arts Council of Wales, Welsh Government and the National Lottery. Tickets here.

2018 sees The Blues Band Celebrate their 39th year together

Paul Jones, Dave Kelly, Tom McGuinness, Rob Townsend and Gary Fletcher. Many of the Blues Band’s 21st century fans weren’t even born when these five virtuosos, already music industry veterans, decided to fly in the face of musical fashion in 1979 and form a band ‘just to play the blues’. No one could have predicted that, 36 years on, they’d still be dazzling audiences with their showmanship and virtuosity. About 20 albums and thousands of gigs later, they’ve earned a reputation around the world as one of the finest exponents of the blues tradition in all its forms. With this line-up, it’s hardly surprising. Tickets here. 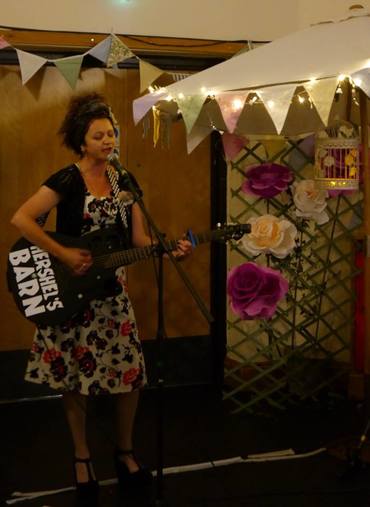 From Folk to Punk, Bluegrass to New Romantic – and some original songs thrown in for good measure.  I have been singing since I was 15 (many years) and travelled across Europe busking and learning lots of folk songs along the way many moons ago.  Have a love and passion for learning songs which touch me in a goosebump way! Have been involved in local groups The Dolphins, The Spartans and Hershel’s Barn.  Supported community events such as Oxjam Brecon, Brecon Folk Festival, Brecon Fairy Fay, Tea on the Top and many more. Tickets here.

This month we have a limited number of tickets available which include a pre show curry meal from 6 – 7.45pm at our Waterfront Cafe.

For £20, you will get a ticket for Comedy Club, a choice of curry served with rice, naan bread and chutney and a bottle of ale, Taffy Apple Cider, Coors Lager or a small glass of wine. Please select the £20 ticket option below if you would like to join us for dinner! Little Wander (the team behind the Machynlleth Comedy Festival) return with their monthly comedy club. Catch some of the UKs finest stand up stars at fantastic value.

Line up may be subject to change. Tickets here.

We have FREE live music at our Waterfront Cafe every Saturday 1pm to 3pm, a perfect event for the whole family to enjoy!

“the singer’s singer” Celebrating the life and music of the legendary Matt Monro. The Matt Monro Story is an inspired and unforgettable show. A unique evening of music, warmth and love, keeping the memory of  his  music alive. From ‘born free’ to ‘walk away’ to ‘potrait of my love’ be prepared to be transported in time by this tribute to  one of britain’s most popular and endearing singers named “the singer’s singer” by his peers.

The show is enhanced by audio visual and narration. More here.

30th September-Talon- The Best of the Eagles: Greatest Hits Tour

Over the last two decades Talon have risen from humble beginnings to become one of the most successful theatre touring shows in the UK and the ‘GREATEST HITS TOUR 2018’ will once again feature all those classic ‘Eagles Greatest Hits’ from their timeless back catalogue including ‘Hotel California’, ‘Take It Easy’, ‘One Of These Nights’, Take It To The Limit, ‘Desperado’, ‘Lyin’ Eyes’, ‘Life In The Fast Lane’ and many more. This world class seven piece band are a phenomenon and have truly transcended the tag of ‘tribute’. They have become a brand name in their own right who are not only revered by their peers, respected by the music industry but dearly loved by their massive and expanding fan base that together have become a ‘family’.

In the summer of 2016 Talon were nominated in seven different categories by the ‘Agents Association of Great Britain’ at the ‘National Tribute Music Awards’ and winning ‘OFFICIAL UK No. 1’ (Eagles tribute show), ‘MARKETING & PR’, ‘LIFETIME ACHIEVEMENT AWARD’ and the big one… ‘BEST BAND’ (in all categories). The ability of Talon to evolve and go from strength to strength in delivering bigger and better shows year on year continues once again with what promises to be an EVENT…Tickets here.

Find out more of Whats’s on at Theatr Brycheiniog here.